TAMPA BAY—This year’s Super Bowl will be very different from years past given the impact of COVID-19. Only a fraction of the seats will be filled at Raymond James Stadium, which changes the dynamics for players and fans.

As a resident of Tampa, and a Buccaneers fan, this is an exciting time for our city. But there’s also concern about the potential for domestic terrorism and law enforcement is on high alert. While there is a lot of attention on physical security surrounding the Super Bowl, there is also a critical need to protect against cybersecurity threats as well.

Just consider all of the vendors involved, news outlets, stadium and transportation logistics and a major spike in financial transactions across the Tampa area and beyond. These factors all contribute to a heightened concern around the possibility of a cyber-attack.

You only have to look back to last year’s game as an example. On Super Bowl Sunday, and the following day, the social media accounts of almost half of the teams in the National Football League, as well as the official NFL account, were hacked… 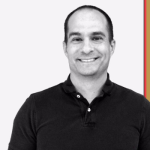