The article in SC Magazine indicated that a twitter posting with a link was the catalyst behind the attack. As a result, the link compromised a web server supporting Intel’s resource and design center which is used to share documents between Intel and business partners. Intel responded to the report, stating they did not believe the attack was facilitated through an exploited server. Intel issued the following statement:

“We are investigating this situation. The information appears to come from the Intel Resource and Design Center, which hosts information for use by our customers, partners, and other external parties who have registered for access. We believe an individual with access downloaded and shared this data.”

The source of the link also stated that password-protected copies of the folders were most likely already making their way around the internet and posted a password believed to unlock the folders. To add insult to injury, the source has insisted that the password was already on the files when breached.

Regardless of what really happened, this web server breach could have been avoided by implementing the most basic security controls.

Protect Your Data From Web Server Breaches by Bad Actors

These three basic defenses could have protected Intel and they can protect your web servers too.

Perhaps you’re wondering how you can monitor the hundreds of servers, firewalls, databases, and cloud environments being used by your organization? If you’re thinking it’s impossible, you are correct!

In fact, it may be almost impossible for you to even read them. We’ve come a long way in security event logging but unfortunately, even if your devices are configured correctly, your logs will not generate a message that says “A hacker infiltrated me at 3 pm using CVE-101 and scraped your entire customer database, please send help and have a nice day. Also, call your lawyer.”

An individual device log won’t have all the information you need to investigate a security incident.

We can take a physical world example, a jewelry store robbery, to illustrate the challenge. First, think of the devices in your network as witnesses. Your database and application servers are like people inside the store – they may see the robbers scoop up the jewels but couldn’t tell you what car they were driving. Your web servers are akin to customers standing outside the store – they may see the direction the robbers went but wouldn’t be able to tell you what they took or that the robbery even happened. And if your logs aren’t enabled, they aren’t going to tell you anything. So, what do you do?

This takes us to the third basic defense.

Back to the Intel story. Intel claimed the data was stolen by someone with access. In that case the SIEM – again if configured correctly – should be able to provide a listing of users that accessed and downloaded the stolen data. That should be enough to identify the perpetrator. Start with these three practices to keep data secure.

Every organization can afford to deploy these basic defenses. Failure to implement basic defenses leads to extremely expensive and unpleasant consequences.

Take This Cybersecurity Step Next

Start by becoming familiar with security standards such as NIST 800-53 and ISO 27001 which have done all the heavy lifting for you. There are standards for every industry and vertical out there– some of them free, some of them are proprietary. Download and review the standards on our website to start creating an effective security program for your organization. 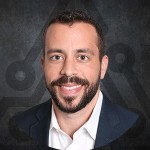